The sea and the villages of Valle d'Itria 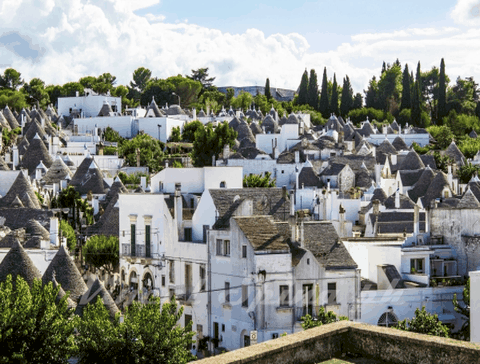 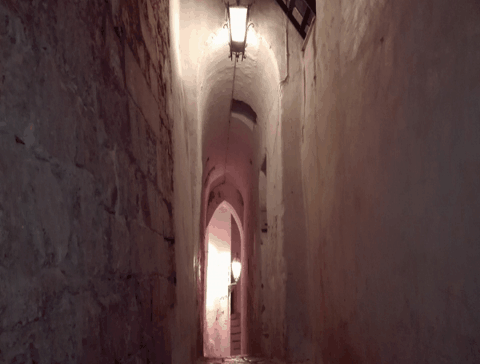 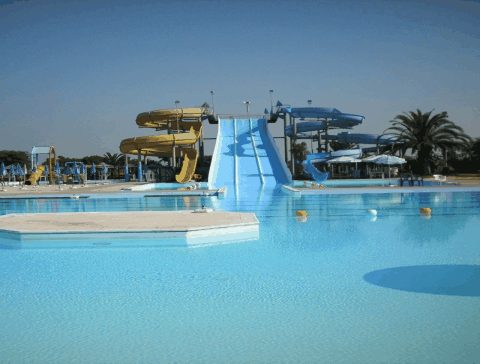 Valle d'Itria also known as "Valley of Trulli" is located between the provinces of Bari, Brindisi and Taranto in a valley of red earth rich in silica, the Bolo, and large olive trees. It is formed by seven municipalities: Alberobello, Martina Franca, Locorotondo, Fasano, Ostuni, Cisternino and Ceglie and is crossed from the cycle lane Apulian Aqueduct, a cycle route of 10 km between Cisternino and Ceglie.
One of the main tourist poles of the Itria Valley is Ostuni, also called the "White City" for the characteristic white color of the houses. An ancient village of narrow streets, small squares, arches, churches and palaces: the Romanesque Cathedral and the Basilica Minore of Our Lady of the Assumption, the Episcopal Palace, the baroque Column of St. Horace (patron saint of Ostuni). Outside the old town, with breathtaking views of the green plain of olive trees and the blue sea of Ostuni, from 2009 Blue Flag, which stretches some 20 kilometers from the Dunes Coastal Park in Lamaforca with dreamy beaches. Not far away, another coastal nature park dell'Altosalento "Torre Guaceto" Marine Protected Area and Nature Reserve, the "Park Pianelle" and the Ravines Land Park.
And then Locorotondo, one of the "most beautiful villages in Italy", with its pretty cottages, the "cummerse", the typical gabled roofs and the wrought-iron balconies. Important are the "Mother Church", dedicated to St. George and the "Old Town Hall", seat of the Civic Library.
Known for its wine "Bianco Locorotondo Doc", Locorotondo is in the Guinness Book of Records as the only country in the world whose name has five letters O.
Another charming village is Martina Franca, where the lobby of the eighteenth-century Palazzo Ducale is held in summer, the "Festival of the Itria Valley. With a historical center in baroque style that finds its evidence in the Basilica of San Martino, Martina Franca famous from the point of view of food and wine for "capocollo", the horse murgese and Martina donkey. Noteworthy is also the "biscuit cegliese" which was nominated for the recognition of typical products DOP, made from roasted almonds, eggs and zest lemon, stuffed with variety of cherry jam or quince and covered with a sugar-based icing and cocoa, almonds coming strictly from Ceglie.
Surrounded by beautiful old farmhouses, Fasano is a tourist destination known for its Safari Zoo, one of the largest in Europe, the forest of Fasano, 8km of green and relaxing atmosphere and the archaeological park of Egnathia Tower, near Savelletri .